Simple song of a wonderful holiday 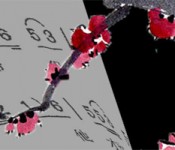 When we were in Lijiang, there was one song we heard over and over again. It seemed that every shop, cafe and home was playing the same song. In fact, one night when out walking, we counted five places playing it.

Asking around, we found that the song was (possibly) called “Di Da Di Da” and was recorded by a Tibetan singer named Zhang Xiao Jing. We bought a couple of dodgy CDs featuring the song but could not find a legitimate copy anywhere in Lijiang even though the song was so popular there.

Later in Beijing, we were surprised that none of the music shops, either high-street chains or small specialist stores, had heard of Zhang Xiao Jing. Finally, we found out that she only releases her music online – there are no CDs on sale.

It’s a wonderful song and we’re still not tired of it. Fingers crossed, you should be able to play the song from this page. Just click the ‘play’ button on the left below:

Traction Theme by The Theme Foundry